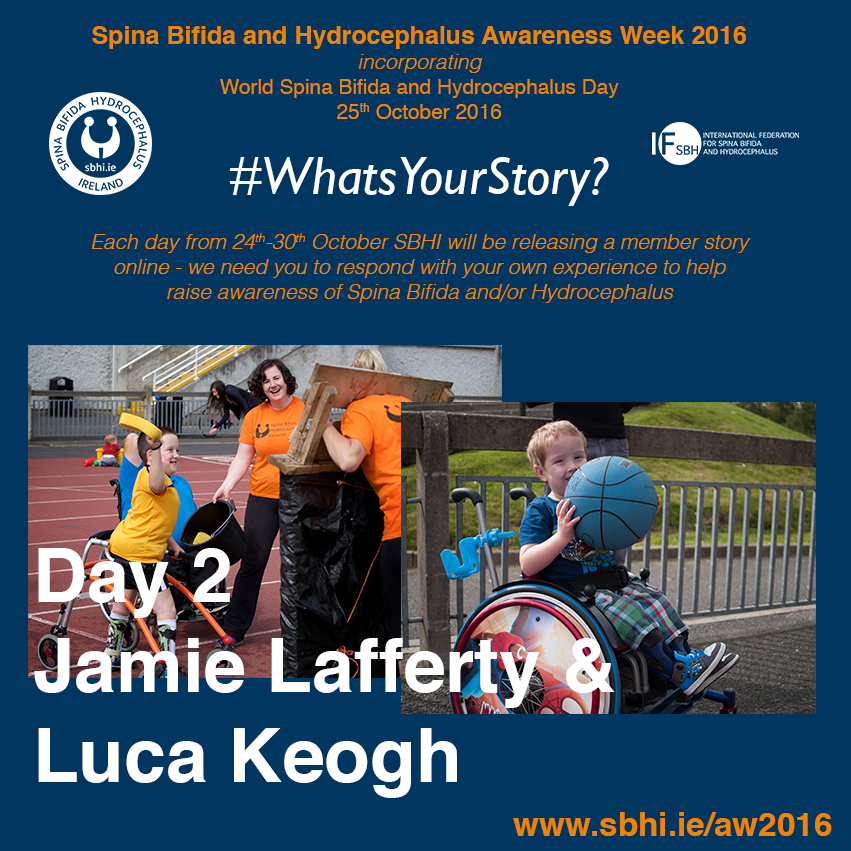 Just like any other five-and-half-year-old boy, Luca Keogh is chatty, inquisitive, and full of playful fun. However, unlike most other young children, he possesses all these positive attributes, despite undergoing 15 brain surgeries and 23 general anaesthetics in his short life.

Luca, from Newtownmountkennedy in Co. Wicklow, has Spina Bifida and Hydrocephalus. His parents, David and Sarah were told that their son would never sit up on his own or walk, yet, he has defied these predictions and done both.

“Luca copes really well, he loves being in Temple Street Hospital and bounces back really well from surgery,” says Sarah.

“He has spent nearly 100 nights in Temple Street, he knows all the staff, there and he has his buddies. He loves the play room: he gets very excited to go to Temple Street, it is just normal to him.

“But he does not like the ‘smelly gas’ (general anaesthetic). He was the first child in Ireland to have the surgery he underwent in February. All these surgeries are not fun but Luca takes it in his stride, he is a very upbeat child.”

Sarah is Youth Officer with the Wicklow Branch of SBHI, where she is an active member involved in all of the plans and activities of the group.

Three years ago, Sarah started to bring Luca to Co. Limerick for intensive physiotherapy. While it is difficult to be away from home for three weeks at a time, four times a year, Sarah says that it is made easier by due to the progress Luca has made, the fact that she home schools her eight-year-old daughter Freya, and that they generally travel to Limerick with friends from SBHI.

“The therapy is the kind of programme which is in use in the USA and Poland, doing things such as sit ups, press ups and weights,” explains Sarah.

“The physio itself is not expensive but when it is two hours per day for three weeks and your accommodation as well, it does add up. But, there are so many benefits from it, it is well worth it.

“Luca could not sit up on his own – he had no muscle - but after three weeks of physio, at two years of age, he was sitting on his own.

“It was amazing. He went from lying to sitting in three weeks. Luca built up muscle and once he realised he could move that was the end of that! He was crawling, then walking and he was told he would never do any of those things.”

In the summer of 2015, Sarah says that Luca was walking very well, however, due to having had six brain surgeries in the course of one year, he is mainly using his wheelchair at the moment.

As he has Slit Ventricle Syndrome, Luca has a lot of issues with his shunts. The shunts underdrain at night, causing pressure spikes and disturbed sleep, leaving Luca very tired during the day.

“No one in Ireland has had a Miethke Valve – a programmable shunt – yet. But that is what I would like for Luca as it would allow pressure settings to be changed without the need for surgery,” says Sarah.

“Luca’s next surgery will be his 24th and I really do not want any more surgeries after that.”

Sarah is fulsome in her praise of the helpful supports she receives from other parents, the Wicklow Branch, and from SBHI.

“SBHI has been good to us and Luca: the Wicklow Branch has summer and Christmas parties and the SBHI conferences are also really good.”