A determined Anna took on a Master’s Degree with a broken femur! 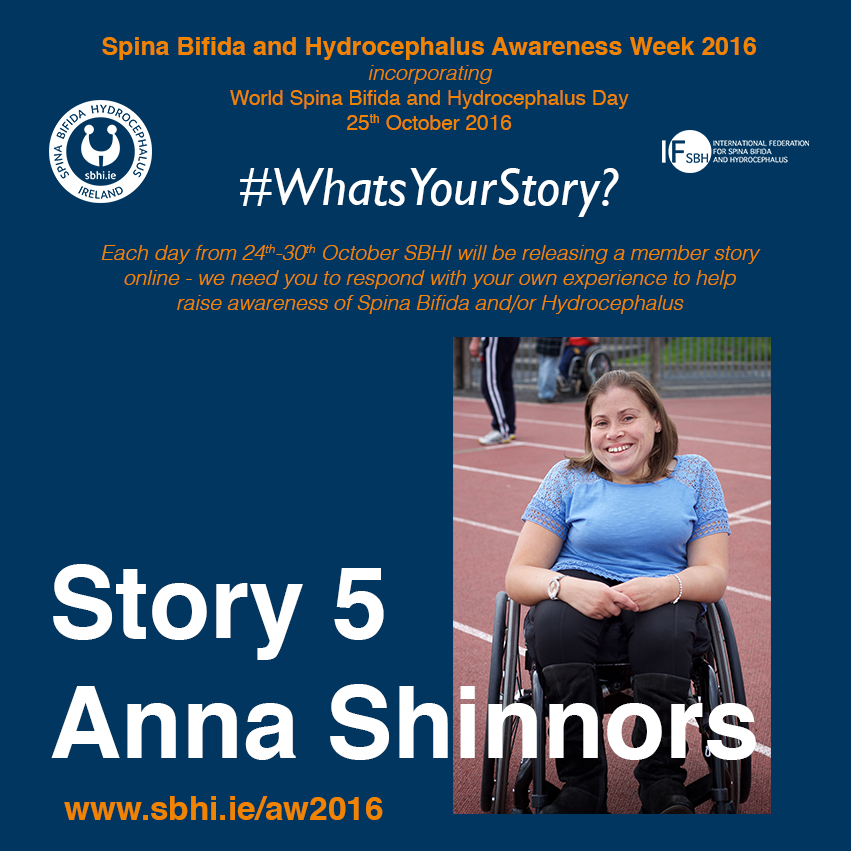 Two years ago if anyone had told Anna Shinnors that she would successfully complete a Master’s Degree in Dramatherapy, she would have seriously doubted them, because the week she commenced her Masters’ programme at Maynooth University, she had a fall which resulted in a broken femur and a six-month absence from work while she recuperated.

However, while a fall may break bones, adversity does not seem to put even a dent in Anna’s determination! Despite this serious injury and set-back, she did not defer her college programme, choosing to soldier on and last month (September), she received the news that she has achieved a 2:1 result in her Masters. Anna, who attained her primary degree in Social Care in Blanchardstown IT in 2009, now has a graduation ceremony in November to look forward to when she will be conferred with her Master’s degree.

“I am delighted with my result, especially as I got off to such a rocky start and was not sure if I would be able to do it at all. I thought that I might have to defer the course after I broke my femur. But, even though we had only started, people on the course photocopied all the course notes for me and helped me to catch up,” says 30-year-old Anna.

“There was a lovely group of people on the course with me, we bonded very well and I have made some very good friends. I was also very fortunate as the new campus in Maynooth is completely accessible for wheelchair users so I didn’t have to face any additional mobility challenges.”

Anna, who works for St John of God as a key worker, supporting adults with mild intellectual disabilities, always wanted to pursue an academic path in the therapy area.

“I did speech and drama when I was younger with Margaret Kenny in Leixlip and I did a lot of my grades. I really enjoyed this. As I wanted to do something in the therapy area, drama therapy seemed like a natural choice,” she says.

“The work with clients with Alzheimer’s/Dementia primarily focuses on enabling the recall of past memories through the use of drama, music and sensory stimulation. Dramatherapy is generally carried out through group work which encourages communication, social interaction and the resolution of other difficult issues.” explains Anna.

“I would love to do drama therapy as a full-time job but I am realistic enough to know that this is a very long-term goal. I will gradually build up to it by working a couple of hours here and there. While people are probably more familiar with play therapy and art therapy, Dramatherapy is an area which is growing and will hopefully continue to grow in the future.”

The next challenge facing Anna is to put her energy into improving her driving skills as she is a “nervous driver”, in spite of having passed her driving test a few years ago.