Alicia is a very independent and capable child 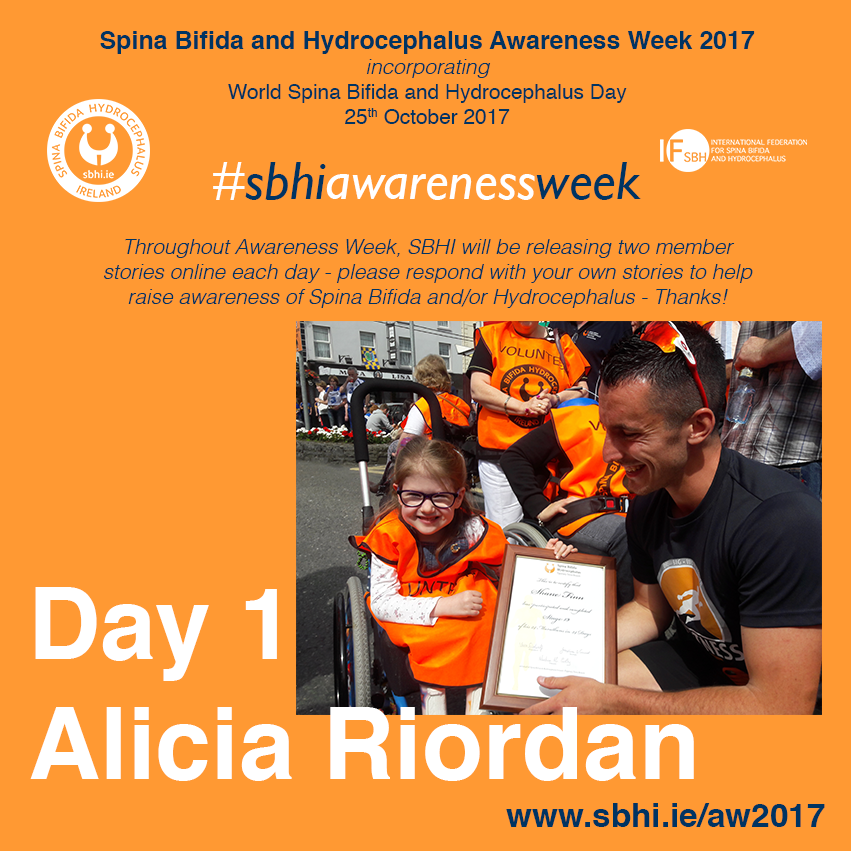 Members of the public sometimes express surprise when they see six-year-old Alicia Riordan wheeling herself along beside her parents Joe and Jacqueline and that they are not pushing her wheelchair.

However, what people do not understand is that Alicia, who lives with spina bifida, is a very independent and capable child and is able to – and wants to – take charge of her own mobility.

“We do not push Alicia’s chair when we are out, she just follows behind at her own pace,” says Joe.

“We often hear people saying things like ‘look at that poor child’. However, Alicia wants to push herself, she is able to do it.

“Family and friends even say we could do more for Alicia but we just do not do things for her that she is able to do for herself.

“There is no point in molly coddling her as she would then not be able to do anything for herself.”

Joe and Jacqueline, who live in Cashel, Co. Tipperary, knew when Alicia was born that she would never walk, because of where she had the lesion on her spine. This is something that they have had to learn to deal with, however, Alicia has always accepted it.

“From the start Alicia knew that this was the way she was. Even now when she is on the floor and her legs curl up into ball, she will mutter ‘stupid legs’,” says Joe.

“She knows that her legs do not work, but she has never known anything different. She is tough and independent and we have always encouraged her to do things for herself.”

Alicia attends a mainstream primary school and while she is a little bit behind her peers, Joe and Jacqueline have no doubt that she will successfully complete her primary and secondary school education, and even go onto third level if she wishes.

Parents always worry about their child’s future but Joe and Jacqueline, who have two other children Nathan (14) and Rebecca (11), accept that their concerns are compounded by Alicia’s disability.

“Hopefully Alicia will grow up to be in a position to live her life as an independent adult but I do worry about what will happen if she is unable to do that,” admits Jacqueline.

“In years to come when Joe and I are old, how much assistance will Alicia need? And if she needs assistance, who will give it to her?

“However, we do our best to remain positive and believe that she will be able to do her best at school and will be able to be independent – she is as bright as a button.”

Joe and Jacqueline understand that Alicia will have difficulties to face as she grows up, not just in living with her disability but in dealing with ignorance and discrimination.

“When we are out, we are constantly seeing people stepping away from Alicia’s wheelchair, trying to avoid it at all costs,” says Joe.

“All we can do is keep trying to raise awareness and keep repeating the message in the hope that people will see Alicia as a person first and not her chair.

“It is good to know that you are not alone and that there are other families going through what you are and who are willing to help and lend support.

“And I do not think that we would have gotten on as well as we did without our SBHI Family Support worker who has been great – I think without her we would have broken down.

“Alicia is now doing fantastically well and we would not change her for the world.”