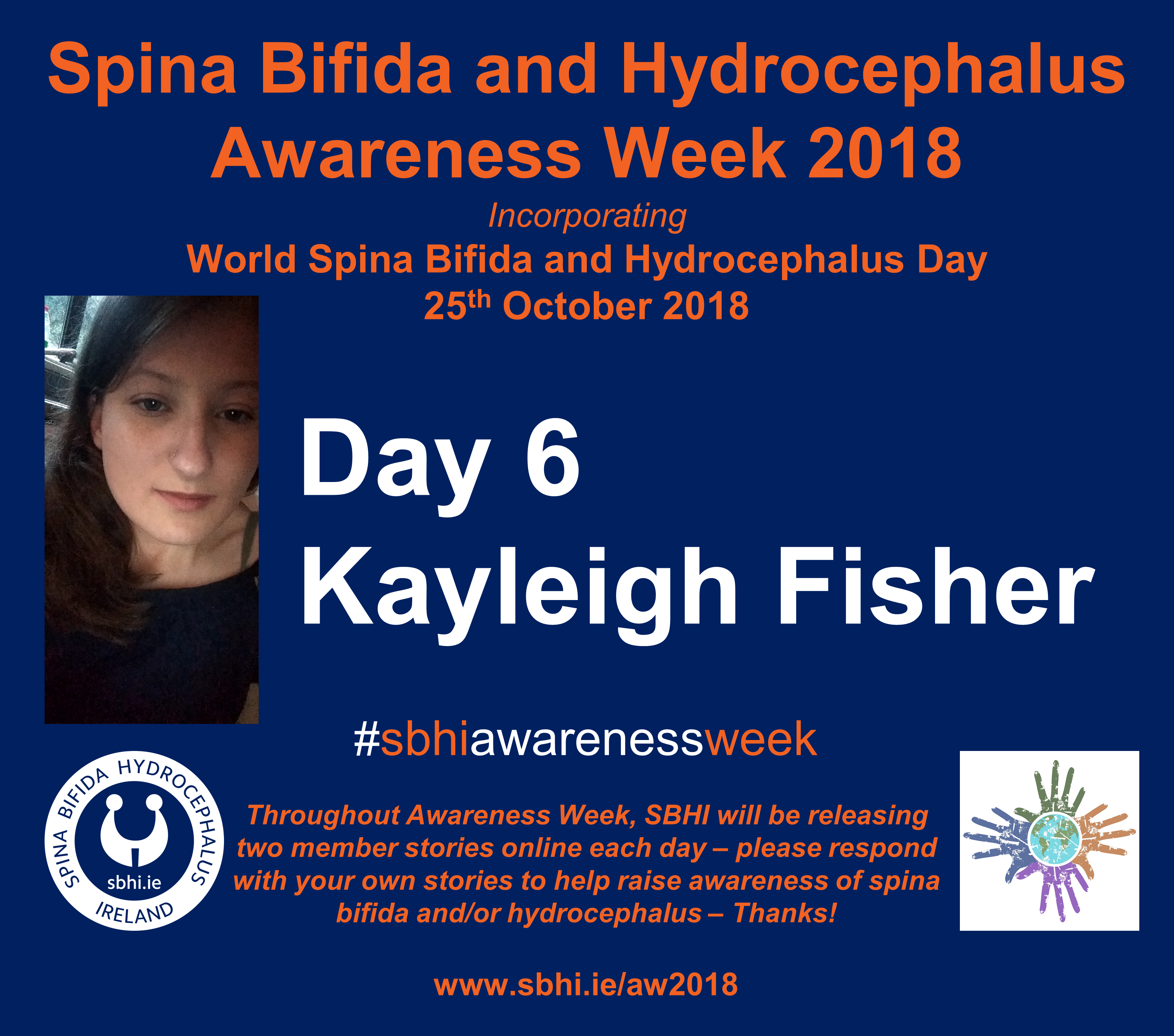 Taking your focus off feelings of nervousness and focusing on how good you will feel about yourself when you achieve your goals, is one of the tools 21-year-old Kayleigh Fisher used when working on her independence.

Being a participant on SBHI’s SHINE Summer Independence Week last year was a huge boost for Kayleigh in helping her learn to care for and look after herself.

“To anyone who is nervous, anxious or lacking the self-confidence to start looking after themselves, I would advise them to just apply to go on an Independence Week as it was such a huge help to me,” says Kayleigh.

“Keep your eye on the prize, focus on how good you are going to feel when you achieve your goals and not on being nervous.”

Kayleigh, who lives with spina bifida and hydrocephalus and resides in Bray, Co. Wicklow with her parents David and Fiona and younger brothers Zach (15) and Luke (11), said that building up her independence gave her a great confidence boost.

“Being on Independence Week when I was 20 was eye-opening to be honest. I had felt that I was not doing too badly but the week showed me areas which I could work on better,” says Kayleigh.

“One of my issues would be making my bed, I find it very difficult. I would always have cleaned my room myself, but Mum would make my bed. So, my goal was that I wanted to be able to make my bed myself.

“I have gotten a lot better at making my bed, however, I still find changing the duvet bit challenging!

Independence is not learned overnight and Kayleigh has been striving towards doing as much as possible for herself over the last number of years.

“My parents would always have encouraged me to be independent and because I am the oldest I just had to kind of do my own thing,” she says.

“I get up by myself every morning, I do my own toiletries and get dressed by myself. That gives me a great sense of independence, it is great not to have to depend on anyone else.”

Having completed her Leaving Certificate on St Kilian’s Community School in Bray, Kayleigh decided that she would like a job that would involve her working with people. She successfully completed two PLC courses in Bray Institute in social care and office administration and she has recently completed a computer course to improve her IT skills.

“At the moment my goal is to find a job. I had a job interview in the summer and it was tough, however, I was contacted recently to say that my interview was successful,” says Kayleigh.

“This has given me a great boost and I am now waiting for the job vacancy to come up. It is a job doing secretarial work and I am looking forward to starting it as I like human interaction.”

Kayleigh adds that it is because she has worked at building up her independence and her ability to look after her own care that she is now ‘not too bad at socialising with people’.