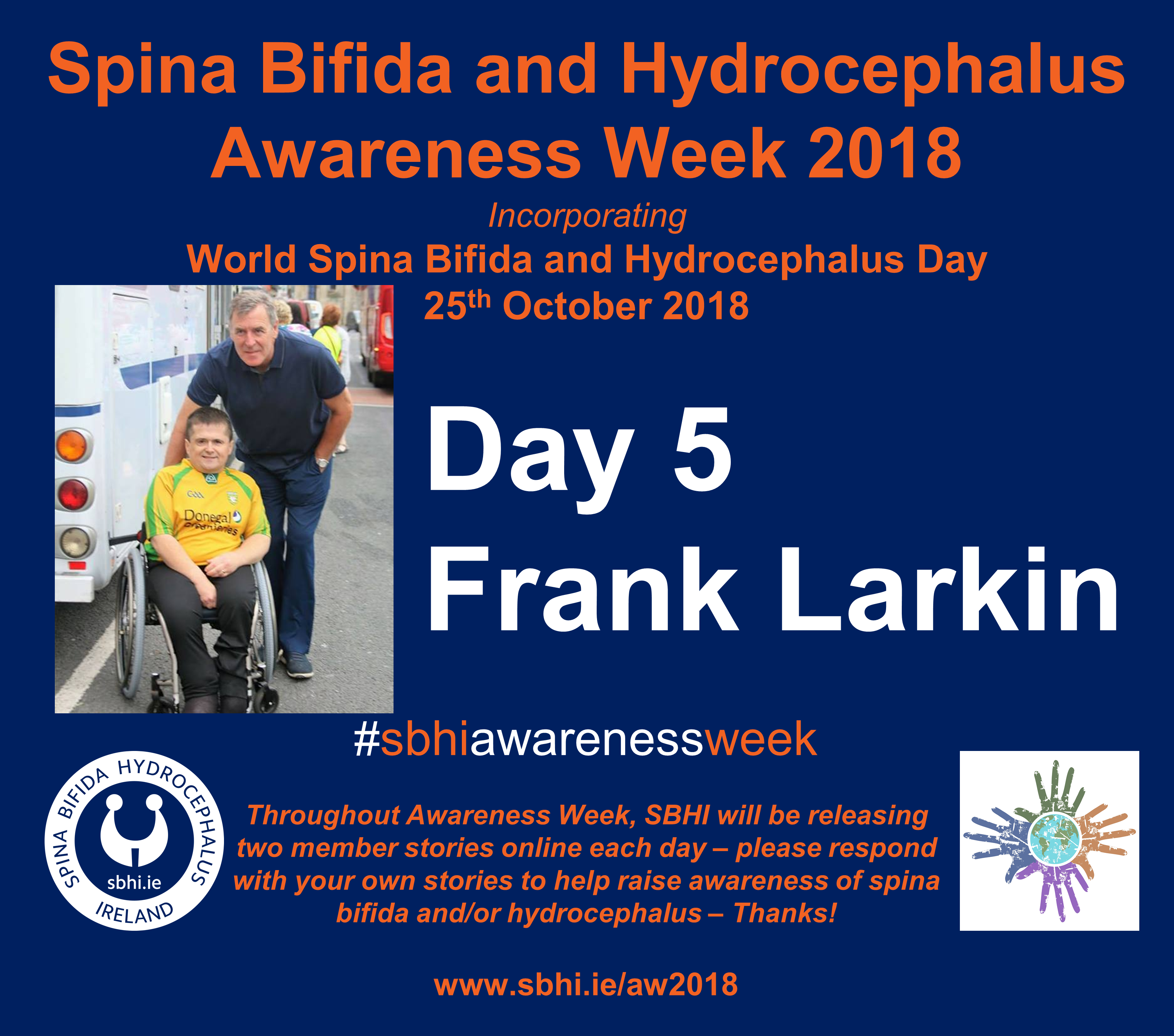 “Go for it, follow the career dream you are after,” encourages 47-year-old Frank Larkin who lives with spina bifida and is from Letterkenny in Donegal.

“I would never have dreamed I would be in front of groups of people delivering disability training but here I am, and I love it.

“My career guidance teacher in school, who was only able to see my wheelchair and my disability, said that I would be able to get a job at a desk working on a computer,” Frank recalls.

“That was the height of the career advice I received. At the time, I hated computers and I wanted nothing to do with a job like that.

“My advice to anyone is to have an idea in your head as to what you want to do, do not let anyone else push an idea on you, especially if you are not interested in it.

“Rather than settling for second best, go for what you want and don’t forget to look outside the box.”

For a couple of years after he completed his secondary education, Frank says that it was quite difficult for him to find his feet and it took him a while to find his first job.

He then got a job operating the base in a taxi company and he was there for more than 10 years.

“It was shift work and it was good to be working and it was good to have money coming in. It was steady work and everyday was different. As well as answering the phone and dealing with customers, I also dealt with the taxi drivers and the payments they had to make to the taxi company,” he says.

“My wife Pauline and I married in 2002 and while we were on honeymoon I expressed my feelings of how I had been unhappy in the job for a while.

“It was going nowhere, there was no progression. I wanted to do something completely different. Okay, it was a big risk to take as I had only just gotten married, but I decided to go to college at night time.

“I did a Frontline Management Diploma and I really enjoyed it. While working in the taxi company, I had done a couple of interviews for jobs in the disability sector. They were supervisory roles and I was always being told that the stumbling block was my lack of qualifications.

“In a couple of interviews, I came quite close to being successful but fell down on the qualifications. So, I decided to take on the course through the National College of Ireland at Letterkenny IT.

“It was brilliant, I really enjoyed it and it opened up a number of avenues for me. I was able to apply for jobs at a level I would never have dreamed of. I got a job in Buncrana as Development Officer with Cneasta, the Irish Council for training, development, and employment for persons with disabilities,” continues Frank.

This was initially a one-year contract and Frank had the brief of trying to source funding to keep the role going.

“That is where the difficulty lay. The job went well for the year, I got great feedback from the board, but I was just not able to source funding to continue on with the role.

“I then got a great opportunity about four years ago to do a course through the Donegal Centre for Independent Living on Disability Studies. This was a Level 7 qualification through Maynooth University – my wife Pauline also holds this qualification.

“I am still doing disability training and I am now in the process of making it more structured and making it an actual business. I have someone working with me as a business partner who comes from a business and IT background,” he says.

“We have been looking for funding, but the stumbling block is that a lot of funding streams require matching funding.

“So, we are now in the process of just going ahead to start delivering training to get an income stream which will then allow us to come up with matching funding.

“Businesses in the private sector who provide disability training to staff can get a grant of 90% of the cost up to €20,000 in the first year and up to 80% in every subsequent year from the Department of Social Protection,” he explains.

Frank has also undertaken a lot of voluntary work with Donegal Centre for Independent Living – he is currently delivering their Schools Awareness Programme to Transition Year students in Donegal – and with Spina Bifida Hydrocephalus Ireland both locally and nationally.

Frank accepts that working life can present challenges for a person with a disability, however, they can be overcome with a resilient and determined attitude.

“I would have had problems, not often thankfully, but there were periods where I was not well.

“Particularly in my early years after school I was in hospital a lot, that impacts on your ability to look for work and on your confidence – I did not know if I could hold any job down,” he admits.

“It can be difficult for a person with a disability and there will be problems with work, but you just have to keep pushing on and don’t give up.”