I am a very positive and lucky person 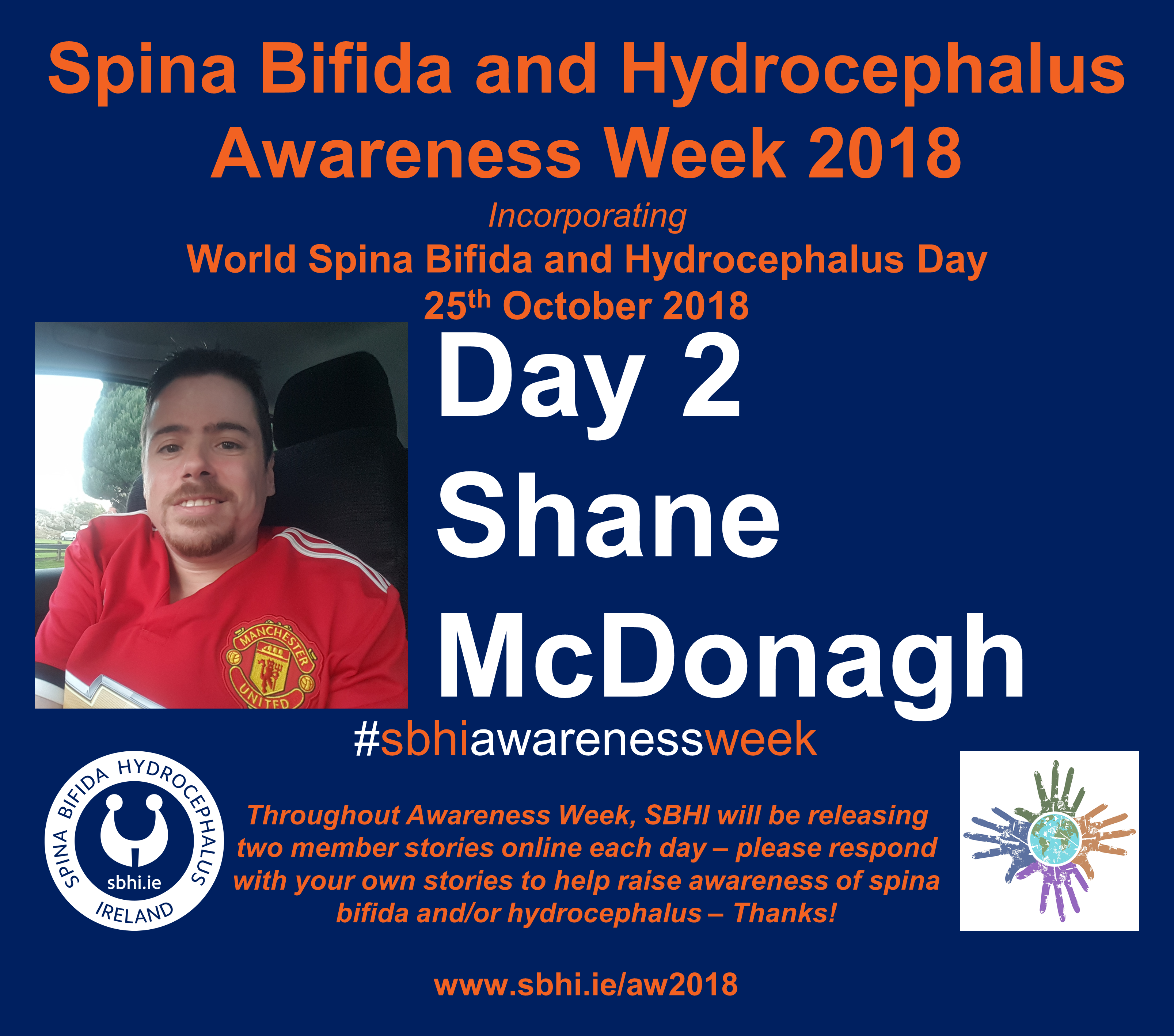 Going back to college as a mature student and choosing a course he was interested in was the best decision for Shane McDonagh.

Following some negative experiences in secondary school which saw him struggling with his confidence, Shane did not immediately pursue third level education after completing his Leaving Certificate.

Now aged 34, Shane lives with his parents Fiach and Ann, his sister Niamh, and nephew Luke (8) in Camolin, Co. Wexford.

“I suppose I was a bit fed up with education. I enjoyed primary school, but I found secondary school a bit difficult,” recalls Shane who lives with spina bifida, hydrocephalus, and scoliosis.

“I found it hard to adjust and I suppose I always felt a bit different from the other kids. My scoliosis was starting to take hold and I was beginning to look a lot different than everyone else.

“I did try to make the most of it and I tried to do my best, but it dented my confidence quite a bit. And I was not the best student as my mind was always distracted with other things.”

Looking back now, Shane says that secondary school was not all negative for him and his advice to anyone having difficulty fitting into school is to try and ignore the negativity and ‘stay positive and strong’.

“You will get there, and it will be grand in the end. As long as you have the support of family and friends, it will work out for you in the end,” he says.

A couple of years after leaving secondary school, Shane decided to do a course in administration which he enjoyed, however, unfortunately it did not lead to any employment.

He then took on a more advanced course in office and financial administration in Enniscorthy in 2007 and this led to him securing a very successful job with a private training company, also in Enniscorthy.

“I stayed with them for four years until the recession hit and the company was forced to downsize. It was a very good job to have in hindsight, I suppose I did not really appreciate it at the time and it was a lovely company to work for,” says Shane.

“I spent another couple of years unemployed and I then decided I would have to get myself back into the workforce and try to find another job. I got a job with a private medical practitioner but it only lasted six months.”

Shane then decided that it was time for something new in his life and decided that going back to college would be the best thing to do. And unlike when he left secondary school, he realised that furthering his education to get a good job was not just a case of choosing a third level course, he had to pick the right course.

“I realised that college is not just a case of picking any course, you have to pick the right path for yourself to take. If it is right for you, then that is the main thing,” he says.

“I wanted to do something in media studies and I found a course in media studies in Ormond College in Kilkenny with a number of modules, including radio production which I was really interested in.

“Unfortunately, again I struggled with my confidence and ability to stay focused, however, I was delighted with the radio production module and I passed it with flying colours, earning a distinction.”

Having completed the course, Shane struggled to find a job. He did eventually secure employment with a company in Enniscorthy, however, this job only lasted three months.

“Unfortunately, I have gone through long periods of unemployment and recently I was finding it difficult to be confident and stay motivated.

“However, I am really now trying to get back into the swing of things and I am trying to stay as positive as I can – at times that is easier said than done.

“I have a plan now which I am working towards. I would like to move back to Kilkenny. I am on a waiting list with Employability in Kilkenny to try and help me get a job which would allow me to move there and rent accommodation.

“I have some contacts in the community radio station in Kilkenny who hopefully will be able to help me get work experience and once I have some experience I would hope to be able to pursue a career in radio.”

To help Shane keep himself ‘sharp and get back into my rhythm’, he has recently joined an exercise programme in his local gym.

“I was in a slump, I was sitting around doing nothing for too long. Half the battle was recognising this and now I am doing something about it. My sister-in-law mentioned this gym programme to me and I jumped at the chance.

“The six-month programme helps with your mental as well as physical wellbeing. I attend a weekly group exercise class and then we do exercise ‘homework’ for the rest of the week.

“The homework may be a gym class or just going for a walk – something to get you out and about, improving your health and getting fit.”

Despite his struggles to gain employment and his occasional crises of confidence, Shane considers himself to be a very positive and lucky person.

“I am totally ambulant, I have never needed to use a wheelchair. And I have a family who is always there for me,” he says.

“They are a great support to me and I am very thankful for that support network during the times when I am struggling with my confidence and motivation – I am very lucky.”