I am really looking forward to launching my first album 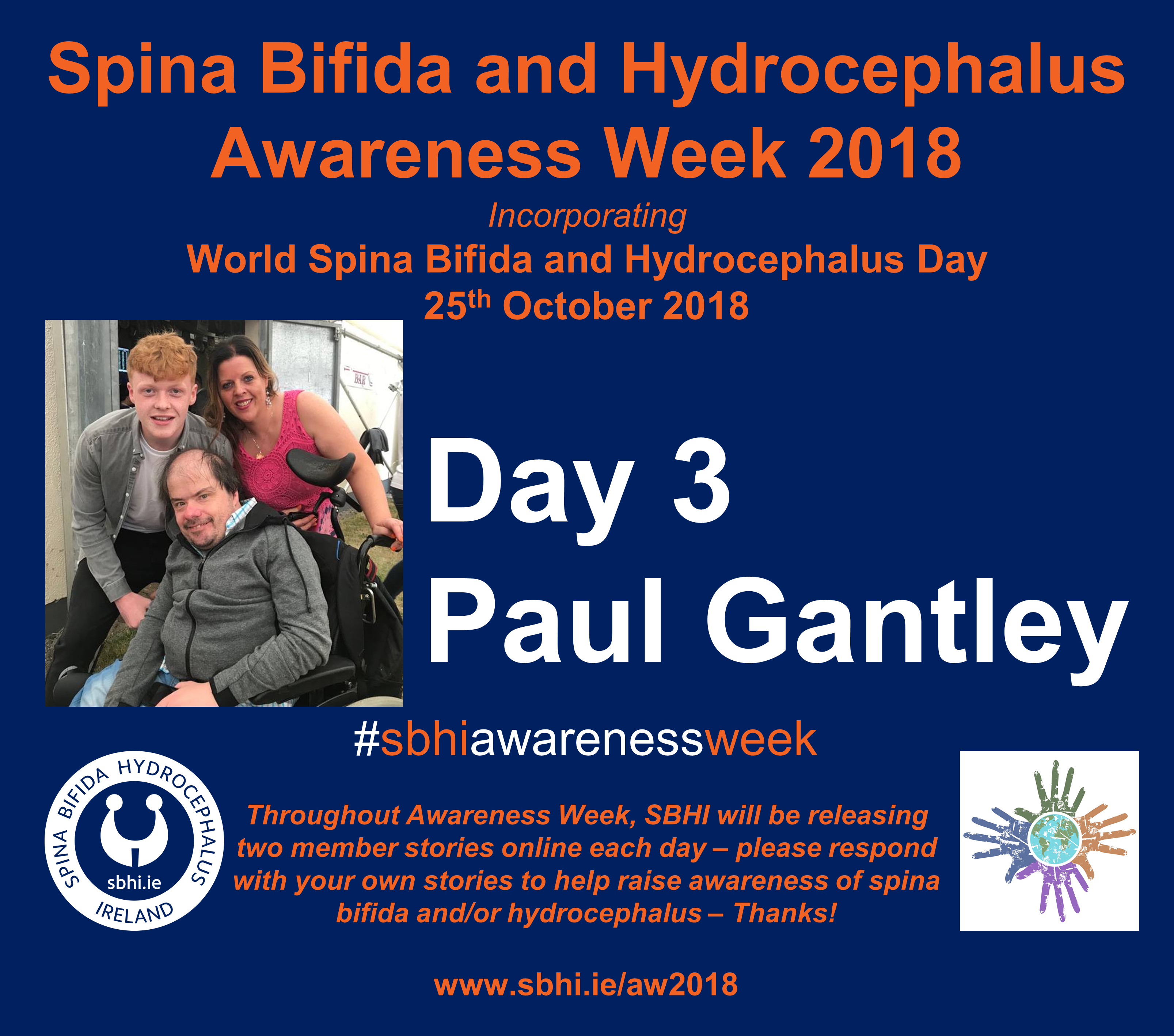 Nearly four years on from getting ‘a whole new lease of life’ following a kidney transplant, Paul Gantley is in the middle of recording a music album.

Paul was taught the violin, passing all eight grade examinations with honours, however, he went on to teach himself how to play the piano.

“I started messing about with a keyboard I had at home and went on to be completely self-taught on the piano,” says Paul.

“I have an unbelievable ear for music: if I hear a song on the radio, I can just go away and play it.”

Living with both spina bifida and hydrocephalus, Paul, aged 38 years, shares a home with his dad Mick, sister Mary, and his nephew Chris in Tullyallen, outside Drogheda, Co. Louth.

It was through Mary’s friend who works in Abbey Lane Studios in Drogheda that Paul got the opportunity to record his album.

“I think initially they were just doing a favour for Mary, however, now they are very impressed with my songs and are really interested in getting the album recorded,” says Paul.

“I am recording 10 original songs which I wrote. We have six recorded already, so I am hoping that the album will be completed early in 2019. My music is mainstream pop and rock with maybe a bit of country – Garth Brooks and Shania Twain influences – crossing into pop with influences of Billy Joel, Robbie Williams, and Elton John.”

Becoming a professional songwriter is Paul’s ambition rather than being a recording and performing artist as he feels that he would not be physically able to go on tour.

“I did a gig in the Helix with Don Baker a couple of years ago and I really enjoyed being able to perform on stage. Don was doing three gigs, I was only able to do one but even he admitted that three nights of back to back gigs is physically demanding,” he says.

“So, I would like to be the songwriter and leave it to other musicians to do the gigging singing my songs!”

A number of years ago, Paul appeared on Open House on RTE with Mary Kennedy and Marty Whelan and he performed ‘Without You’ which he wrote as a tribute to his mum Carmel, who died in 1996.

“My Mam is still sorely missed. Having spina bifida and hydrocephalus is tough, but you just get on with it; losing Mam was very tough – we were very close, she was always up for devilment and really was my partner in crime.”

A whole new audience has recently been able to enjoy hearing Paul’s tribute song to his mother as a video shot by SBHI CEO Tom Scott of Paul performing the song has gone viral on Facebook!

One person who saw the video is a friend whom Paul has not been in touch with for 20 years; they have now reconnected on Facebook and hope to meet up in Drogheda in the next few weeks.

Paul must have inherited some of his mother’s sense of ‘devilment’ as he has a wide circle of friends from all walks of life: he counts celebrity and television presenter Lorraine Keane as one such friend.

“Lorraine is a great friend, she recently paid for my day at the Bellewstown Races. She’s a lovely person and has been amazing to me, always checking up on me when I'm in hospital and she loves having the craic with me too,” says Paul.

“Titan, Bailey, and Crystal, my three huskie dogs really are my best pals, I'd be lost without them.”

Paul enjoys socialising very much and does not let the fact that he does not drive hold him back; he just gets taxis to whatever party he has been invited to. He is very outgoing – a cousin gave him the nickname of ‘Rambo’ 20 years ago and it stuck, so much so that sometimes he forgets his name is Paul and only answers to ‘Rambo’!

So, how does Paul manage to pack such a heavyweight punch into his social life? He says that it has a lot to do with confidence and self-belief.

“I was recently speaking with an SBHI volunteer about this subject of confidence and about what people who are lacking in self-confidence can do.

“I think that there is a need for people with spina bifida and/or hydrocephalus to be given more recognition for their talents – we have so many talented people from artists to authors in our community, it is unbelievable,” he says.

“Once you get a little bit of recognition and validation it helps your confidence to build up, then you can take on more and do more and there is the knock-on effect of the more you do, the more confident you become.

“However, I think that a common mistake that people make is that they feel it is their fault when they feel lost in a group. My answer to that is if you are in a group of people and you are finding it hard to fit in, it means that they are not nice people if they cannot even converse with you.

“They are the ones with the disability and it is called ignorance – you need to move on and find other nice people, just move on.

“While the situation is not as bad as it was in the past, unfortunately attitudes have still not changed completely, and a lot of people still see the wheelchair first and the person second.

“I did a gig in a pub once and they gave me a packet of Tayto thinking they were doing me the favour rather than ‘you have packed out our pub, let’s pay you’.

Paul worked in the retail end of the music industry for 17 years but gave up his job several years ago before he has his kidney transplant.

Describing his transplant as ‘brilliant’, Paul says that he confounded the surgical team by making a remarkable recovery and being discharged from hospital only 10 days after his surgery.

“I really was a new man after my transplant, it has given me a whole new lease of life. I can do so many things again and I have so much more energy,” he says.

“I am now also looking after myself much better, I drink a lot of water and I am staying on top of my bladder care and management.

“My ambition to become a professional songwriter is now realisable and I am really looking forward to completing and launching my first album!”