It is never too late to learn how to be independent 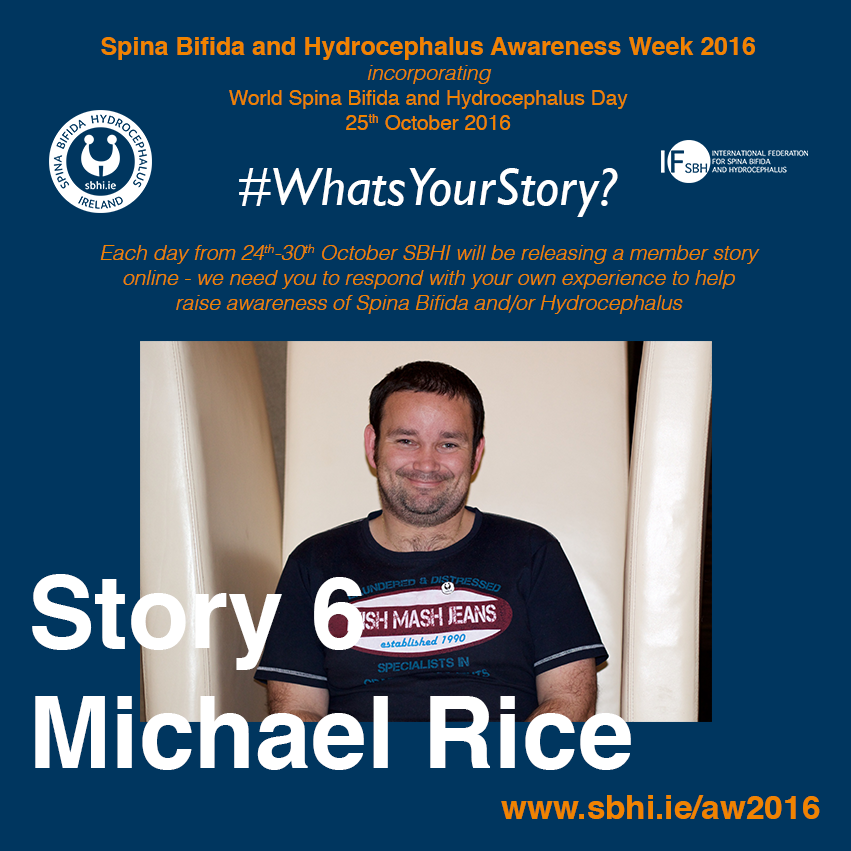 There has ever only been one person with a “major hang up” about Michael Rice’s disability and that is himself.

31-year-old Michael, who has Spina Bifida, explains that in his experience, people have always perceived him first and his disability is almost an afterthought.

He has been his own harshest critic as he has spent a lot of his life comparing himself to a standard that he was never going to be able to meet.

“I would keep asking: ‘why can I not kick a football around like my younger brothers, Enda and Simon, and my friends?’ and ‘why can I not do all the things that other children my age are doing?’

“I suppose my hang up was all about the baggage with Spina Bifida and having to deal with that. No one else made an issue of it, it was just something that I found difficult to deal with,” says Michael.

However, a one-week course undertaken during the summer has made Michael realise that he has the inner resources and the impetus to make positive change in his life.

“I went on Spina Bifida Hydrocephalus Ireland’s first ever Independence Week at SHINE and it was absolutely fantastic,” says Michael.

“It was absolutely one of the best things I could ever do because it gave me a better understanding of my Spina Bifida.

“I have always been very routine orientated as routine helps me cope with things. But I was always very hard on myself for being like that, I was pretty much my own worst critic.

“But now I am learning to lighten up on myself – this is something I am still working on. To be honest, I would say that I will always have to work on it but I am making progress.”

Michael, who lives in Carlingford, Co. Louth with his mother Rita, joined Louth County Council in 2005. This was his first fulltime employment and he has his late father, Michael to thank for noticing the County Council’s job advert for him while he was in the middle of a computer course.

He started his work with the County Council in the Motor Tax office; he moved to a couple of other departments and is currently enjoying his position in the accounts payable section of the Finance Department.

Michael’s disability has never been an issue at work; his colleagues have always seen beyond his wheelchair when he uses it and his caliper aids when he is walking.

“I am the one being very hard on myself if I forget to do something or make a mistake – I am the one who is more upset than anyone else.

“Since Independence Week, I am going a little bit easier on myself as I understand now. The big thing for me was that I was blaming myself by saying things like: ‘I am stupid’, ‘I am not god enough’,” continues Michael.

“During Independence Week it was a tremendous relief finding out that it is really not my fault and I should not be downbeat about it. It crossed my mind that if this was only explained to me years ago, it would have saved me a lot of hassle, but I will not dwell on the past, I will carry on forward.

“My work colleagues noticed a great change in me when I returned from the Independence Week.

“I felt the change myself but I was sure that no one else noticed it. It was little things: I began getting involved in conversations at work where in the past I had a habit of isolating myself and not getting involved in office banter as I did not have the confidence.”

Michael adds that a lot of things which previously did not make sense to him do now after Independence Week which has given him a tremendous sense of freedom.

“It was a relief to realise that I am doing okay; I am doing the best I can and my best is good enough.”

Following on from his own incredibly positive experience of the inaugural Independence Week, Michael’s advice to SBHI members who are given the opportunity is: ‘absolutely do it, it was the best thing I could ever have done! I got so much more from it than I expected as I now have a better understanding of me and my condition.”

Michael’s personal growth during the SHINE Independence Week did not go unnoticed and he was deemed to be the participant worthy of the Greatest Achievement award. The award was presented to Michael by Justin O’Neill, the son of the late Christy O’Neill.

“I was dumbfounded when I won the award. Justin told a story of his dad Christy helping a young boy during one of the summer projects to get up onto a step and back down,” says Michael.

“As I listened to the story, I thought that it sounded vaguely familiar and then I realised that the boy Christy was helping to teach how to go up and down steps was me.

“The fact that the award was presented by Justin and that he told that story made receiving the award all the more special.”

Looking to the future, Michael now intends to continue working on totally divesting himself of his ‘hang up’ over his disability; believing in his many abilities and moving towards further independence by learning how to drive and finding a home of his own.