Jack makes us happy seeing him enjoying life to the full 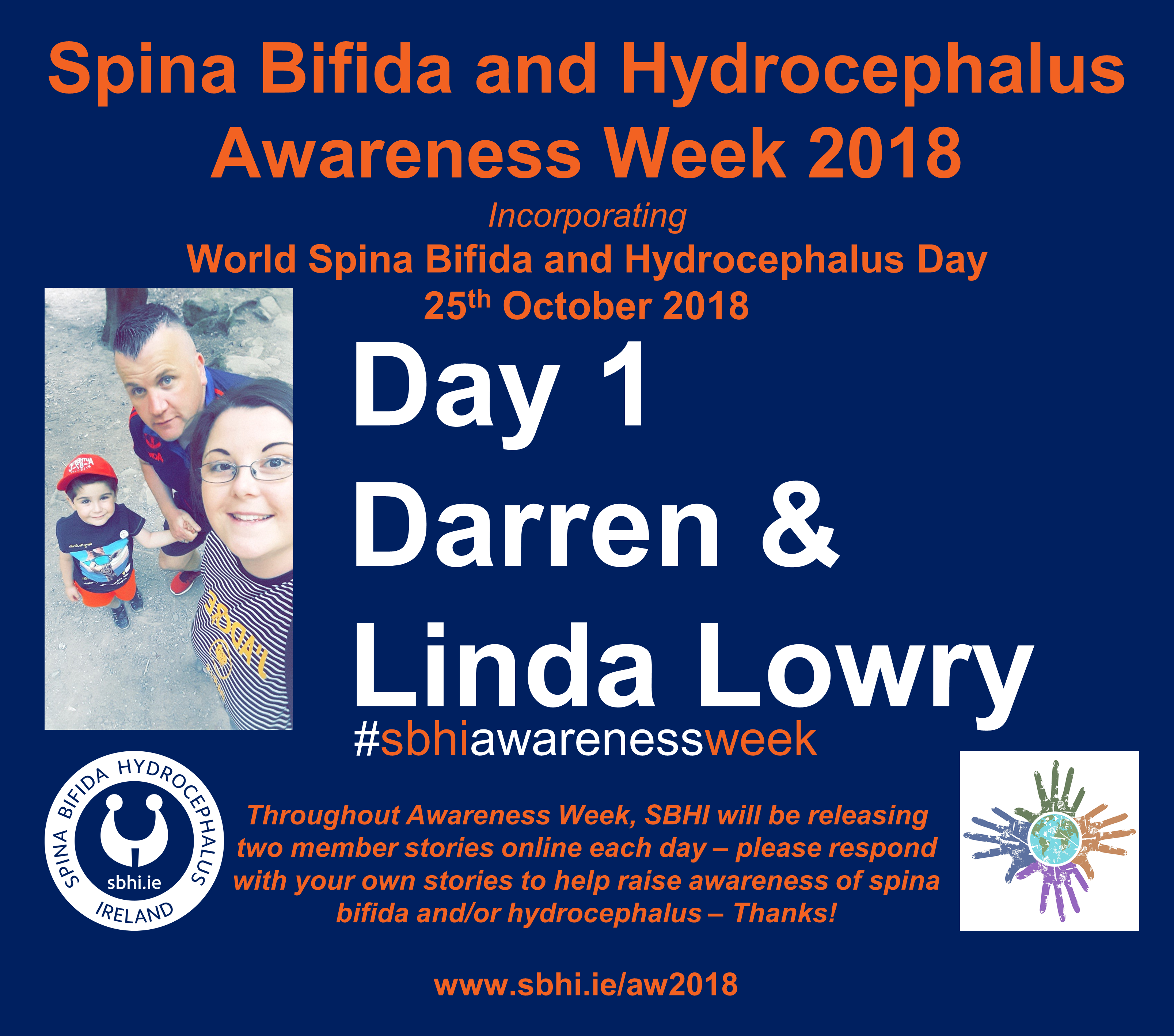 Being parents to a child with a disability is not all ‘doom and gloom’, yes there are challenges to overcome and some days are tough, however, there is so much positivity and hope.

This is the message Darren and Linda Lowry from Castlebridge, Co. Wexford whose five-year-old son Jack lives with spina bifida wish to relay to other parents.

“I worried so much for the first few years. Now, when I look at him walking into school with his friends, I wish I had not worried as much. I wish someone had told us at the start that spina bifida is a snowflake condition and no two children are the same.”

When Linda was seven months pregnant with Jack, she and Darren were told that their baby would be born with spina bifida.

“To be honest, it was devastating, Wexford Hospital did not know how to explain it properly. They said he would be paralysed, there was no other outlook; they did not know much about the condition,” recalls Linda.

“They did a scan and sent us out to the waiting area where all the other happy parents were. We were so upset we could not stay there and so we waited in our car for an hour-and-a-half.

“We went back into the hospital and the doctor did not have a clue, he just said that Holles Street Hospital would tell us more.

“We were hoping that they were wrong, but they were not. Jack was born with myelomeningocele spina bifida, but he had no fluid on his brain, so he did not have hydrocephalus.”

When Linda went into labour, her temperature spiked, and she had to have an emergency caesarean. She only got to see Jack literally for seconds after he was born. They had to be kept apart as they both had open wounds.

Two days after being born, Jack was transferred to Temple Street Hospital for his lesion surgery. Linda was still in hospital in Holles Street, so Darren was running forward and backwards between both hospitals.

“My sister Lisa bought Darren a video recorder as she thought his would be a good idea, so Darren took loads of recordings of Jack and I was able to see those at least.

“Jack’s surgery was successful, however, when we brought him home, we were watching his head all the time in case it turned out that he also had hydrocephalus,” says Linda.

“I was imagining it was getting bigger. I measured his head at least 100 times a day.”

Darren added that they continued to check and measure Jack’s head for four years and only stopped last year.

“Jack’s eyes were sore and swollen and when we brought him to the doctor, we got a fright as she thought he had hydrocephalus,” explains Darren.

“We brought him up to Temple Street but the doctors there did tests and assured us that Jack does not have hydrocephalus.

“Jack goes swimming and it was just a case of too much chlorine in the pool. The chlorine went into his eye and resulted in his optic nerve swelling.”

Linda admits that the first couple of years of Jack’s life were tough as they monitored his kidneys and bowels constantly to make sure they were working properly.

Like any parents, Darren and Linda were overjoyed to see Jack reaching the milestone of taking his first steps.

“Linda rang me one day while I was at work, she was shouting, and I thought something terrible was wrong. We have a long kitchen counter and Jack was walking the length of it – we were ecstatic,” he says.

“Seeing Jack take his first steps gave us great hope. We were not being greedy, we knew that he would have to use aids and braces. It was just great to see him walking,” adds Linda.

“His mobility continues to be okay, he needed AFOs at the start for the first couple of years, but the physio took them off him as he wanted to see Jack develop muscle strength without them.

“He will always have a weaker calf on his right side – his right foot affected by the lesion - but is does not stop him. At the last hospital appointment, they told us to keep on doing what we are doing.”

Darren says that Jack is a very determined boy and relishes in attempting to master things when he is told he will not be able to do them.

“He was top of the class in taekwondo one week which made him so happy and he is getting so much stronger on his feet because of it. His balance is good, he is not falling anymore as he used to trip over his own feet,” says the proud father.

“We received a lot of hope about his mobility at the last hospital appointment, so again I will say that it is not all doom and gloom,” continues Linda.

“You can’t help worrying about the future: will he start losing his mobility, will he develop a tethered cord?

“The doctors have told us to try and think ‘what will be will be’ because they cannot say easily if his mobility will drop to the floor.”

“I think when he comes to the age of 11 or 12 when he understands about exercise it will push him to get stronger and that should help to keep his mobility up,” says Darren.

“Some days we have to force him to exercise but when he is older he will do it for himself. He will just have to keep up his mobility.”

Linda and Darren do physiotherapy with Jack everyday and encourage him to play his sports as they feel if they just let him sit around doing nothing, it will adversely affect his mobility.

“He is so determined and confident,” says Darren. “I brought him to Laois where I am originally from and took him to one of my brother’s hurling training sessions. I had to physically hold Jack back as he wanted to get into the middle of the players out on the pitch!”

Jack is attending a mainstream primary school; he is doing so well there and is being supported so well by the staff that Linda says she now knows this was the best decision to make.

“He is doing so well at school and he loves it there. His kidneys and his bowel look good now, and there are no issues with his head,” she says.

“While we do not know what will happen in the future, we are so much more hopeful now than we were.

“Jack makes us happy seeing him enjoying life to the full every day and doing everything that any other five-year-old would do. Nothing stops him, he is a very loving and confident little boy.”