Sarah has her dream job because she didn’t give up 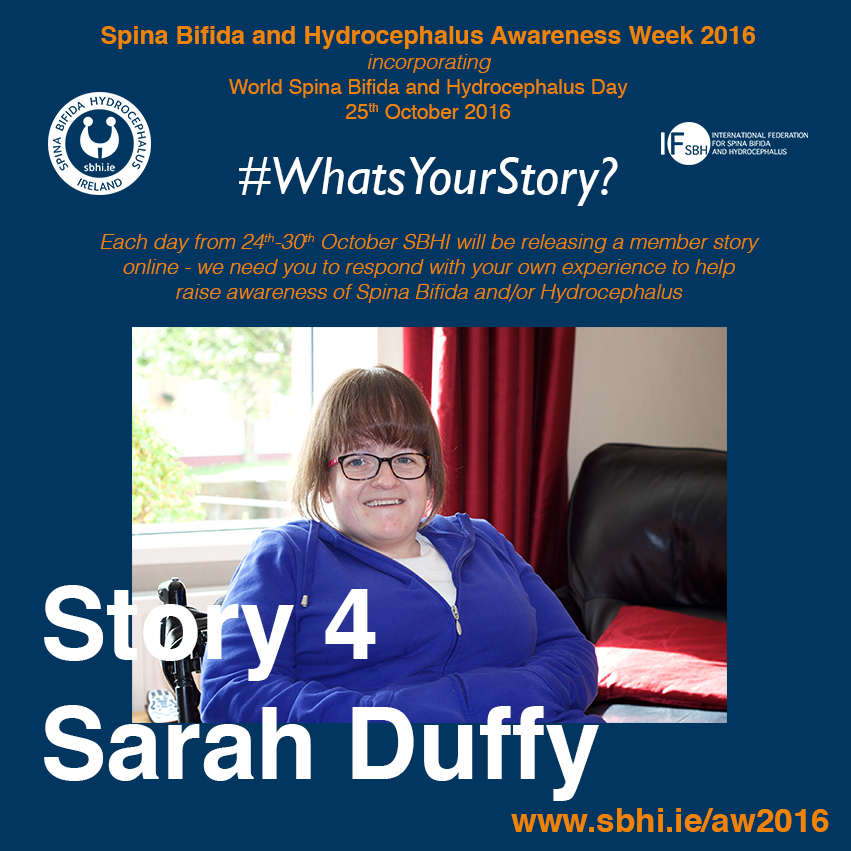 “When you feel that you are never going to see light at the end of the tunnel, hold firm and keep trying.”

These are honest and wise words of advice which Sarah Duffy now has the right – earned the hard way through experience – to impart. Sarah’s resilience was severely tested this year when the job she loves to do came to an end in January, and, after many unsuccessful interview attempts, her mental health began to suffer.

While Sarah withdrew into herself and stopped socialising as much as she normally loves to, she never totally gave up on her ambition to carry on working as a childcare professional. Her decision to ‘hold firm’ and not to give up on herself, paid off when Sarah was offered a job as a childcare worker in a new pre-school in Tallaght in September.

Sarah, who celebrated her 30th birthday in August, had been very happily working in childcare for on Community Employment Schemes for four years until she was told by the Department of Social Protection that she had reached her cut off limit.

“The Community Centre in St Dominic’s in Tallaght were very good to me, supporting me with my childcare studies – I have Level 4 and Level 5 qualifications. They even tried to get me kept on but I was no longer eligible for CES,” explains Sarah, who has Spina Bifida and Hydrocephalus.

“I had to start getting my CV out there and applying for jobs bit it was very tough. I had a lot of job rejections and I think that, some of the time, people were seeing the wheelchair and not seeing me.

“I am a very determined person but I think I was getting to the stage where I wondered if I would have to look at other avenues.

“I had started my Level 6 training but for health reasons – I think the job search was putting me under enough pressure – I stopped it but I will start it again next year and thankfully Levels 4 and 5 were enough for my new job,” she says.

“I have settled in fairly well to my new job at Beststart Early Years Services in the Community Centre in Jobstown. I am thrilled, it is fantastic. I am working five days a week from 8.30am to 12.30pm which is absolutely perfect for me.

“We take kids from two-and-a-half years upwards as long as they are toilet trained. This is a brand new pre-school and we have a lovely mix of boys and girls. While they are only settling in, they really love being at playschool.

“At the moment, there is only myself and the manager working there but they have pre-schools in other areas. Beststart’s ethos is on of ‘equality and diversity’, so I knew that this is the job for me.”

Sarah says that she could not be happier than she is at the moment, now that she has a job she loves. But she is not the only one as her family – parents Tony and Helen, older sister Lisa, younger sister Claire and her three nephews: Anthony (10), Freddie (5) and Carl (2) are thrilled for her.

“I would not be here without my supportive family who have been great to me. And not only is it great to have gotten a job, it is a wonderful feeling to know that I got this job on merit alone.

“Over the years, people told me that I would never be able to do certain things. I think they just meant that it would be so much harder for me to overcome barriers. I did feel that if I did not get this interview, I might have to look at a different avenue of how to work with kids,” continues Sarah.

“It just takes time get to the end. Everyone reaches the stage where ask if you are ever going to see light at the end of the tunnel but you have to hold firm and keep trying.

“I was not very sociable when I was not feeling myself during those months when I was searching for work, but I will definitely be more sociable now as I love going out.”