Sights set on the 2020 Paralympics in Tokyo 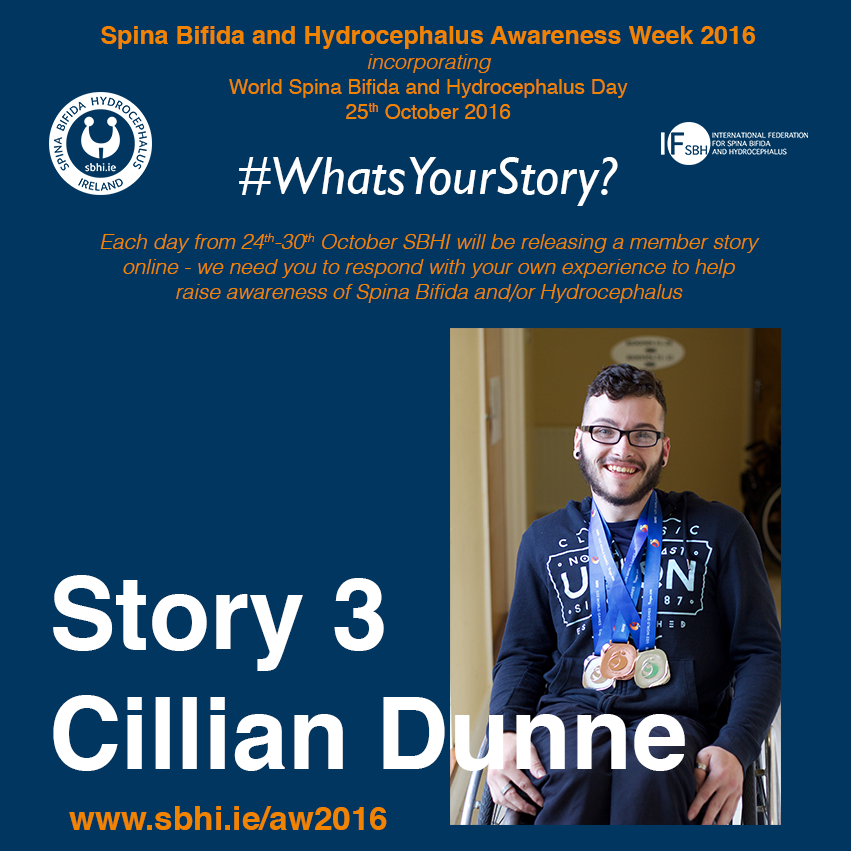 Cillian Dunne has a challenging yet exciting four years ahead of him as he sets his sights on qualifying for the 2020 Tokyo Paralympics and completing his degree in strength and conditioning coaching Limerick’s Institute of Technology Thurles campus.

19-year-old Cillian who hails from just outside Borrisokane in the Premier County of Tipperary, is a T54 wheelchair racer and his Paralympic ambitions are being spurred on by his triple medal haul from the IWAS U23 World Games 2016 in Prague this summer. He won two silver medals in the 200 and 400 metres; a bronze medal in the 100 metres and he came a very credible fourth and fifth in 800 and 1,500 metres respectively.

Prague was Cillian’s second World Games as a wheelchair racer. When he competed in Holland last year he came fourth in the 800 metres; fifth in the 100, 200 and 400 metres and ninth in the 1,500 metres.

“To improve on my performance so much in one year was incredible,” says Cillian.

“It is crazy, I still look at my medals and say that they are not mine, I did not win them! But I did work so hard for them, so the training was definitely worth it.”

In a normal week, Cillian’s training comprises two nights of basketball, two nights of track work and two nights in the gym. Once a month he trains with the GB Parallel Success team in Belfast and with the Irish track team in Leixlip. Despite this gruelling schedule, when it comes to a rest night, this athlete, still wants to go training.

“It’s a lot of work but I am doing it for so long, that six nights a week is a habit for me,” he says.

“I am going to do a lot more work with David Coen, my personal trainer at the gym in Borrisokane.”

While his eyes are firmly on the prize of the Paralympics in 2020, Cillian’s more immediate goal is to qualify for the European Seniors as he wants to get into “the big leagues”. He is realistic that he has a long way to go to make the qualifying times: he will have to reach 15.02 seconds for the 100m and his current PB is 16.82. However, he is determined that with time and a lot of training he will make it.

Last month, Cillian commenced a four-year degree course in strength and conditioning coaching in IT Thurles. He plans to commute to college from the home he shares in Borrisokane with his parents Larry and Majella and sister Saoirse (14) for the first year and hopefully get driving himself by second year.

While committed to his studies, his ambition for athletic success and the honour of representing his country, may mean that he might have to defer the final year of his degree as it will clash with Tokyo 2020. However, he says that this is a bridge which he will cross when he comes to it.

There is no doubt that he will manage to successfully keep his athletic and academic ambitions on track as Cillian’s mindset has always been one of seeing solutions, not problems.

“This is the way my parents raised me; just because I have Spina Bifida, I was not treated any differently,” says Cillian. “My parents always taught me that my wheelchair was not an excuse, they also taught me to work hard for what I wanted”.

There is a thrill seeker in Cillian, who was introduced to para athletics at five when his dad brought him to Morton Stadium in Santry for a para sport open day and he tried out the javelin, shotput and discus.

“From that day, I loved it. When I was 14 I competed in my first International World Junior Games in Dubai in 2011”.

“It was eight-and-a-half hours on a plane but it was worth it as I came fifth in shot put eight in the javelin and eighth in the discus. That was not bad for a 14-year-old competing at U16 level,” he recalls with pride.

“However, in 2012 I had major bowel surgery and I lost a lot of weight and I knew I was not going to be able to throw anymore as I just did not have the strength and weight to put the necessary force behind my throw.”

Instead of feeling sorry for himself that he could no longer pursue the sport he loved, Cillian pragmatically went off looking for a new sport. While he was playing basketball “just for fun”, it did not capture his imagination with sufficient inspiration to adopt it as his new competitive sport.

“I came across track racing and I went to an open day in Morton Stadium, and met up with current Irish record holder David Griffith who later became my mentor. I was shown how to use my racing wheelchair in a totally different way - instead of gripping the handrims you punch them using special gloves.”, says Cillian.

“After a couple of laps, I said ‘wow, I love this, I love the speed’. After six months, I really knew that this sport was for me. With the help of IWA Sport I was fitted for a new racing chair which is great because it was made specifically for me.

Cillian has been fortunate in remaining injury free to date but worries about ever developing a serious injury to his shoulders or back. This is why it’s important to work with a qualified coach like his personal trainer and to listen to advice from experienced racers.

With competition season 2016 now over, Cillian will rest for a few weeks before beginning his winter training programme.

Cillian’s goals are to try and qualify for the 2017 World Senior Championships in London and the World Junior Games which look like being held in the USA. Cillian describes this as being “savage” as it will be his first trip to America.

Apart from the excitement of competition and travelling to the States for the first time, America is home to one of Cillian’s role models, Aaron Fotheringham. Aaron, who has Spina Bifida, created the sport WCMX which is skateboarding in a wheelchair, and was also guest star at this year’s Paralympic Opening Ceremony in Rio. “He was the first person in the world to do a back flip in a wheelchair and I would love to try that one day.”