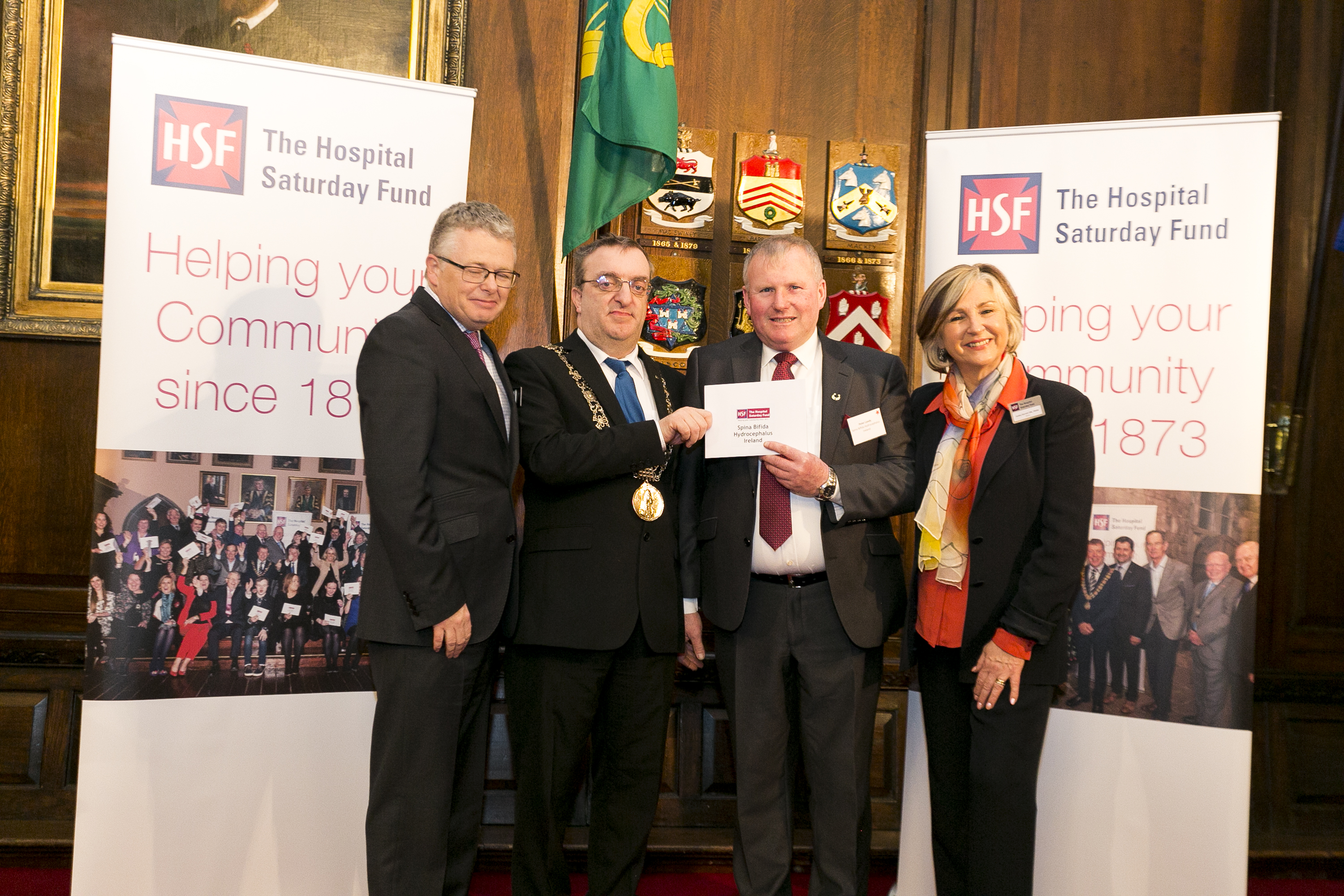 Twenty-nine Irish charities received donations from the Hospital Saturday Fund at a special reception in Dublin recently. In total, €134,500 was donated to the medical charities and organisations at the event, which was hosted by Ardmhéara/Lord Mayor of Dublin, Mícheál Mac Donncha.

Among the beneficiaries was Chronic Pain Ireland which received a donation to help support vital workshops on pain self-management techniques. Cystic Fibrosis received a grant towards their independent living group and DEBRA Ireland’s grant will be used to provide a weekend camp for those with the genetic skin condition EB.  Also receiving grants were Fighting Blindness to purchase a RetCam scanner machine and the Irish Motor Neurone Disease Association will use their grant to fund specialised communication aids.  A grant was made to Dublin Wicklow Mountain Rescue Team to support their important work as well as the Kevin Bell Repatriation Trust to assist families of those bereaved overseas.

Speaking at the reception, The Lord Mayor celebrated the extraordinary work of all the charities receiving donations from the Hospital Saturday Fund.  Ardmhéara/Lord Mayor of Dublin, Mícheál Mac Donncha, who nominated St Francis Hospice as his chosen charity, remarked that this donation means that the hospice will now have the benefit of a special therapeutic bath for use by the patients in the specialist palliative care unit and this will provide pain relief and comfort to those patients.

Paul Jackson, Chief Executive, Hospital Saturday Fund said: “We are delighted to continue the tradition of supporting many charities in Ireland, many of which are less well-known. The Hospital Saturday Fund is honoured to support the efforts of such deserving charities and help in some way towards the exceptional, tireless work that they do.  We are delighted to have increased our grant making funds to €1.4 million in 2018 and this is an increase of 100% over the last five years”.

In 2018 the Hospital Saturday Fund will give €1.4m in donations and grants to medical charities for care and research, hospices and hospitals across the UK and Ireland. Assistance will also be given to individuals whose illness or disability has caused financial difficulties.

The following Charities received grants at the event:

Fighting Blindness (Expression of Thanks speech)